The Ateitis CUP organizational team is strongly preparing for the next Spring 2022 tournament. 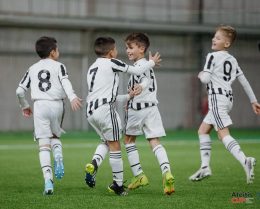 This year we are waiting for even more teams from all around Europe: from Sweden to Moldova, from Georgia to all Italy! 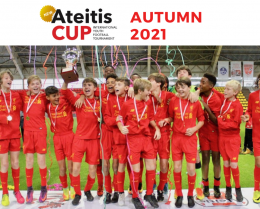 The whole world was shocked by the covid19 pandemic from last year. Last season we did not have the opportunity to continue our tournaments, but already this autumn we are sure that the tournament will take place and a large number of teams from all over Europe will take part in it.

His Excellency President Valdas Adamkus, the patron of Ateitis CUP

*  Duration of the match will depend on the number of teams registered. If each team has to play more than 5 games, the duration of each match can be shortened.

Referees are members of the Lithuanian Football Federation.

Ateitis CUP  matches will be held in various stadiums in Vilnius. The matches of the tournament will be played on artificial turf.

Note: Tournament organizers reserve the right to make changes to time schedules during the tournament!

For the recognition of fair play, it is recommended that players shake hands with the opposing players and referee right after the line-up (before the match starts) and after the final whistle.

If some teams get equal scores in subgroups, the final ranking is decided according to:

The teams that have won first, second and third place will be awarded cups, medals and souvenirs. The best player of the tournament and top scorer will be awarded personal prizes.

Penalties During the playoff and final match, if the match ends with a draw after the end of match time, the teams have to start shooting penalties immediately. There will be no extra time during the tournament matches. The number of penalties in each age group:

Protest The decisions of the referee regarding facts related to play are final. No measures will be taken on protests on decisions made by referees. Protests may be handed in for the following cases:

The protest must be submitted in writing by a team representative (a person who has been designated on the registration form as team leader) no later than 30 minutes after the end of the protested match. A general protest against the whole opposing team is not acceptable. Protest against the yellow or red card or against the removal of the player from the field after the referee has shown two cards, is only allowed if a referee made a mistake against the corresponding player. A protest fee of 100 EUR will be paid at that time (by cash). This amount will be refunded if the protest is successful.

Make sure that all your players are insured both on and off the playing field. Ateitis CUP does not carry any group insurance and is not responsible for protecting participants in case of injury, illness, theft or damage to property. Participants from countries that have no medical insurance agreement with Lithuanians’ must have personal medical insurance.

By participating in the Ateitis CUP  football tournament, the team confirms being aware of all the rules of the tournament.

8. THE PHOTOS AND VIDEOS

The participation fee should be paid no later than six (6) weeks before the tournament starts. Team entry fees and payments for accommodation are not returnable in case of non-participation. When a team pays an entry fee it automatically accepts all tournament rules.

All payments should be done on this bank account:

When making a payment, please indicate the team name and age group (for example – FM Ateitis U-12).

Football arena under the roof with 3157 seats for fans. Every year more than 252 000 people come to this arena to watch national competitions of various sports and international sports events, tournaments.

A new, high-quality football stadium in Vilnius. In the warm season it is used under the open sky, in the cold season – an inflatable dome. High quality artificial football grass, changing rooms and sanitary facilities for the convenience of the participants.

Ateitis CUP participants will be accommodated in double – quadruple well – equipped rooms. All 3-star hotels are located in good areas of the city, from which you can easily reach the tournament venues.