The biggest tournament in the Baltic countries which pull even elites team academies to participate. However this time more than just footballers came to watch the games in the capital of Lithuania, Vilnius.

Ilya Kovalchuk and Sergei Kiriakov. The first one – a world class hockey player; The second one – a renown footballer who has played in bundesliga, for “Hamburger SV” , two decades ago. 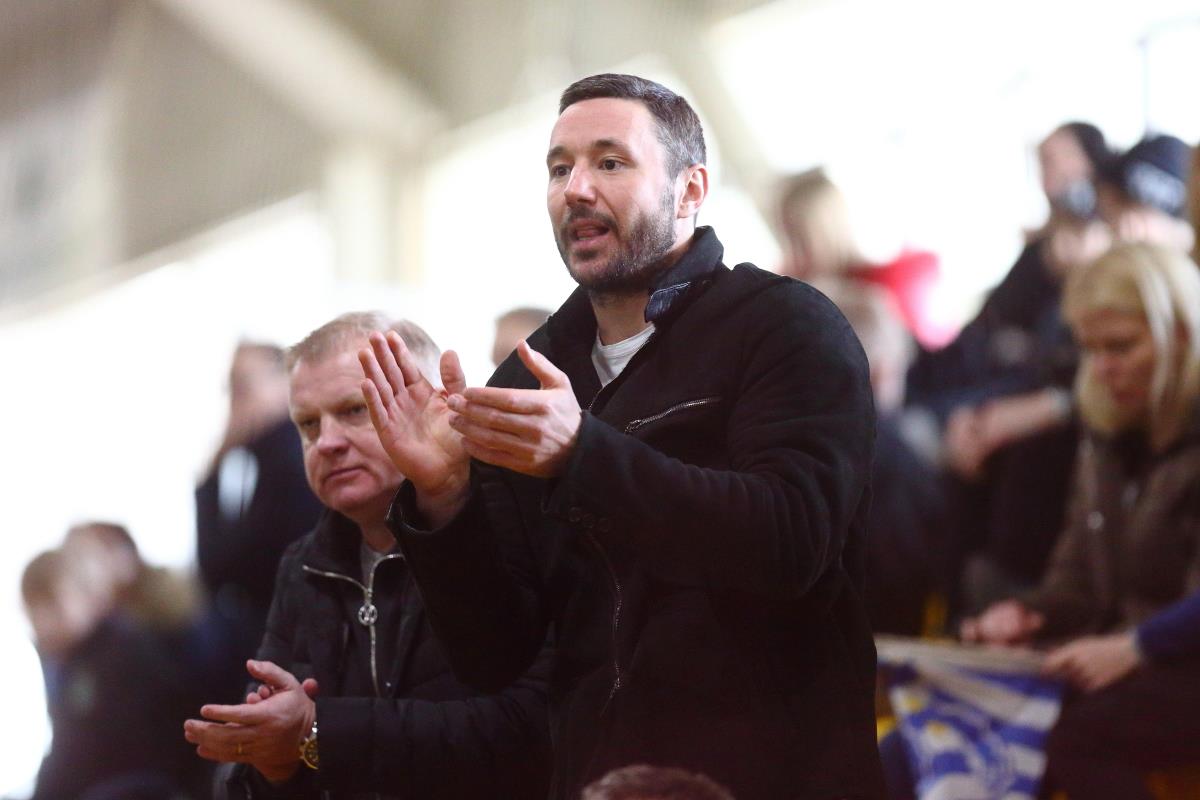 Both of these Russian stars have their son playing in U9 Zenit academy, who were travel all the way to the final, yet sadly lose to Torino “Juventus”.

“When I have the opportunity, I will always go with the kids to matches. The older one choose football and the younger one picked hockey. Vilnius is important to me, its the hometown of my wife Nicole.I’m happy i was able to escape for this tournament, the teams here are amazing”- words from Kovalchuk before the final.

The grand final of nine year olds was intense and fought to the last minute. Zenit were leading 5-4, however Juventus scored 2 goals to become the champions. 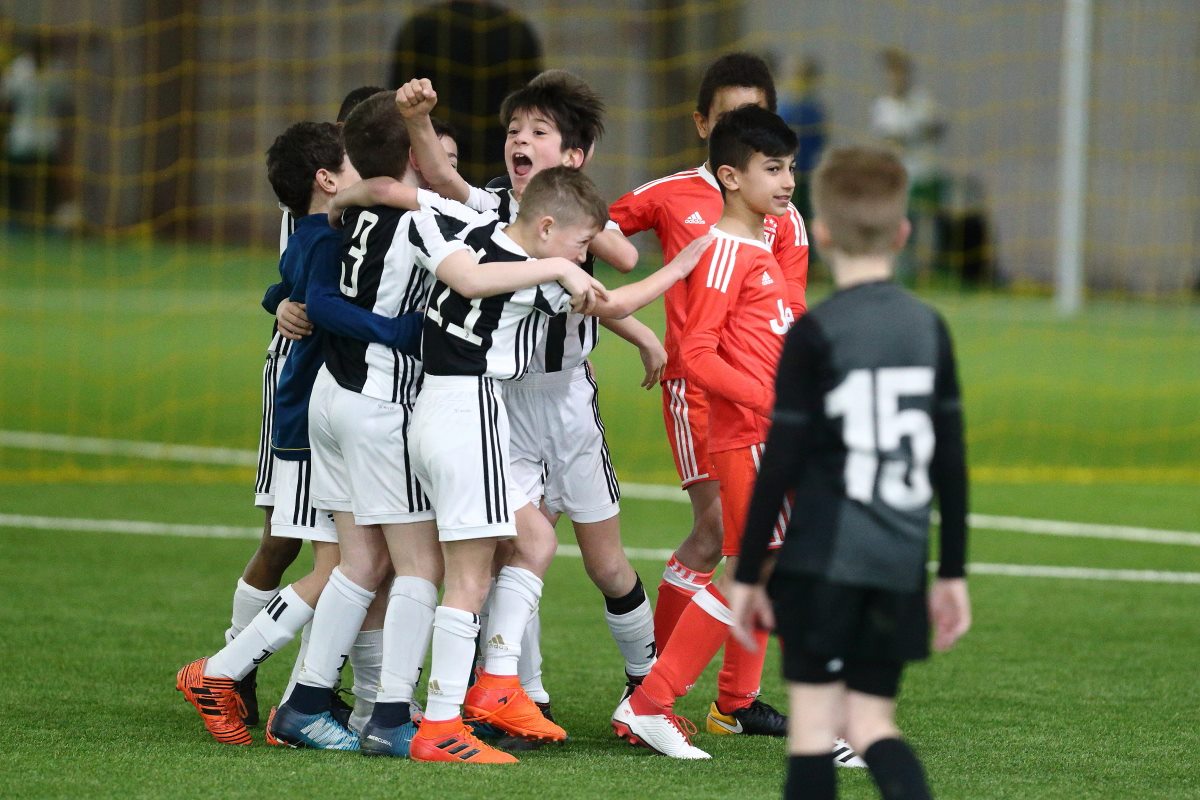 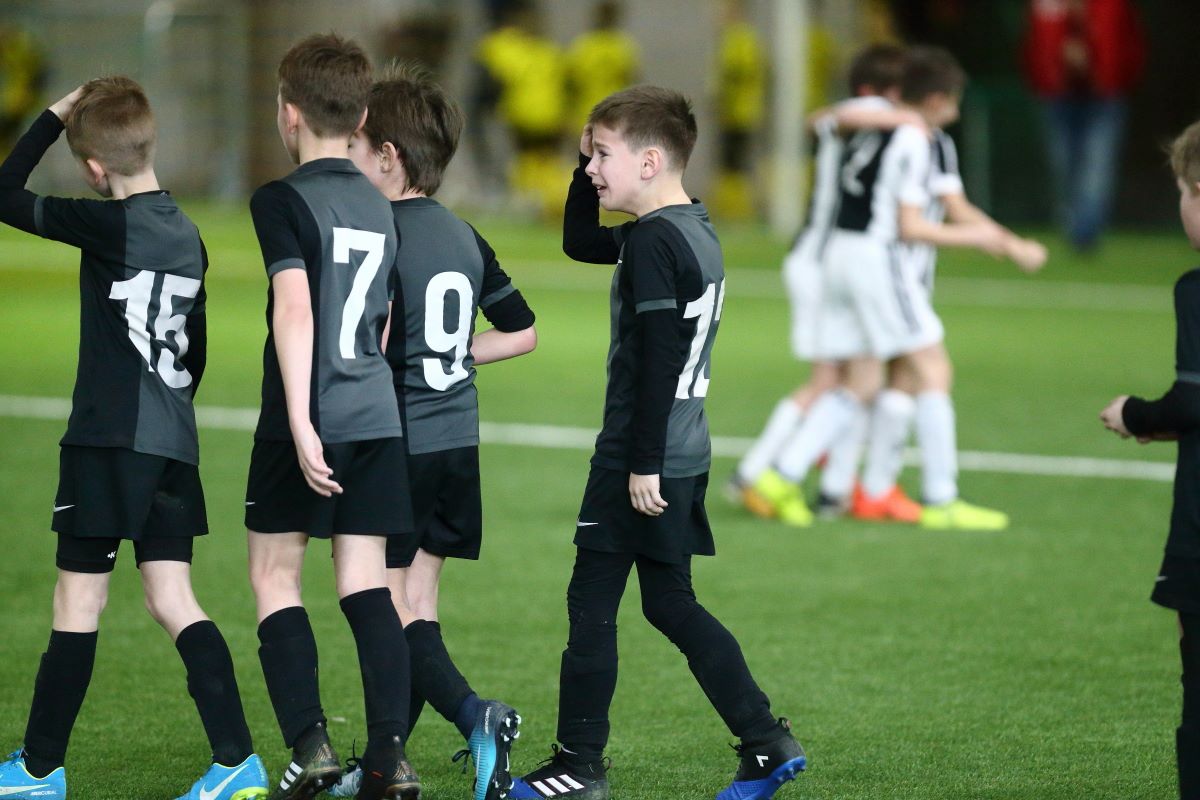 The fight for 3rd place was less fierce but still a great game. Minsk “Smena” won 4-0 against “Wigry”. The best Lithuanian team was Kaunas “Tauras” who ended sixth place. 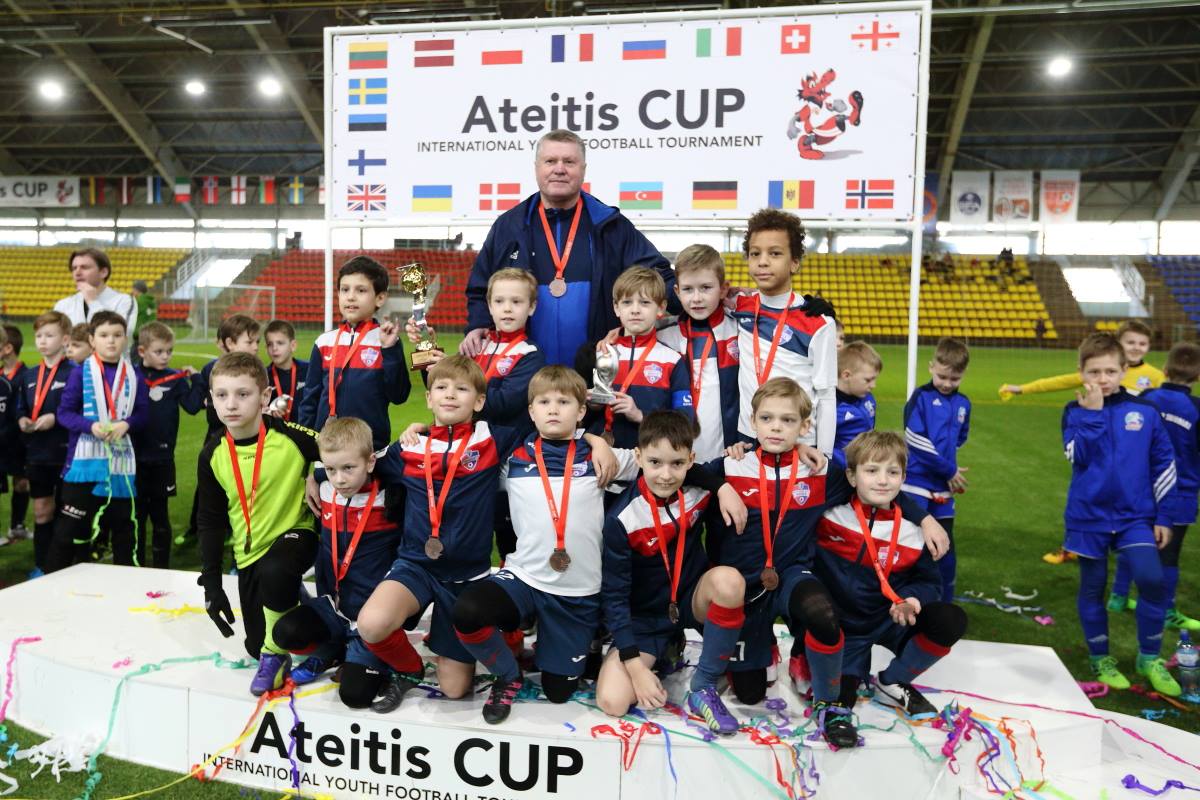 At the same time the eleven year olds were battling for glory. They were also won by Juventus 2:0 in the final against Minsk “Dinamo”. The battle for 3rd spot was taken by FC “Minsk” against the Lithuanian side “Gelezinis vilkas”. Still no matter the defeat, their goalkeeper was recognized the best of the tournament. 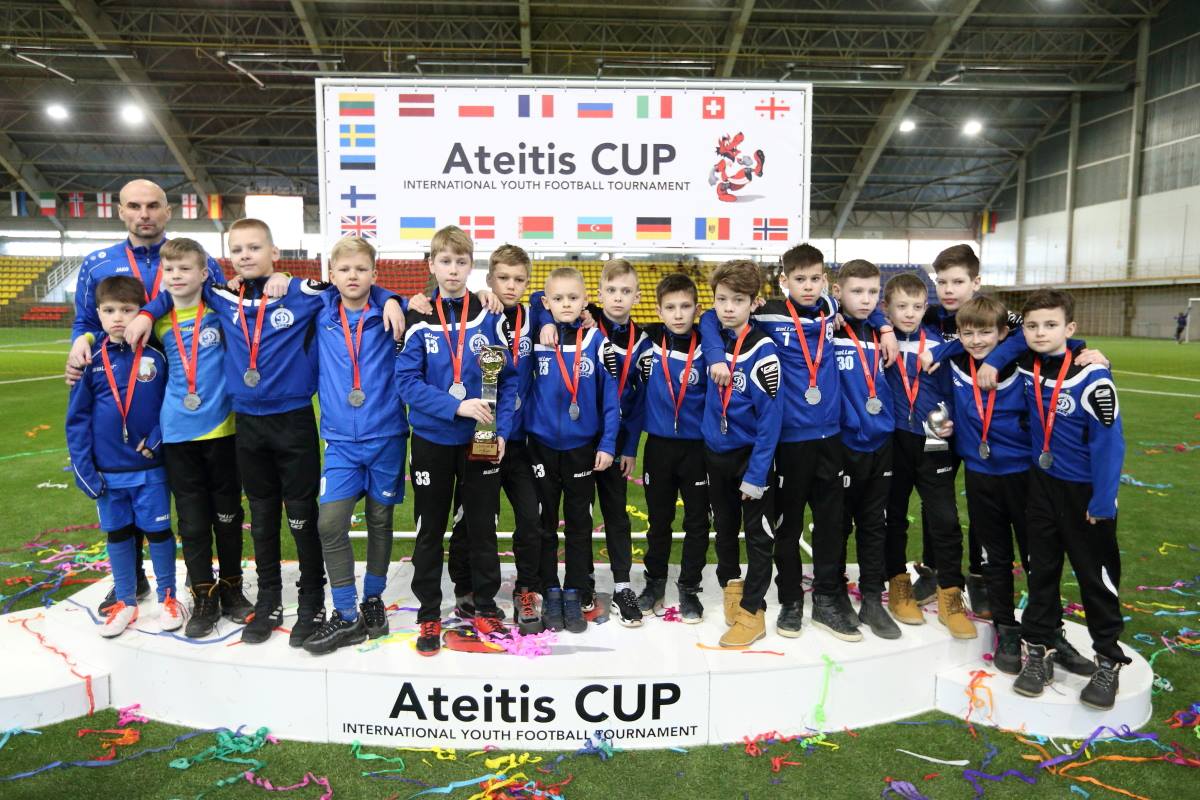 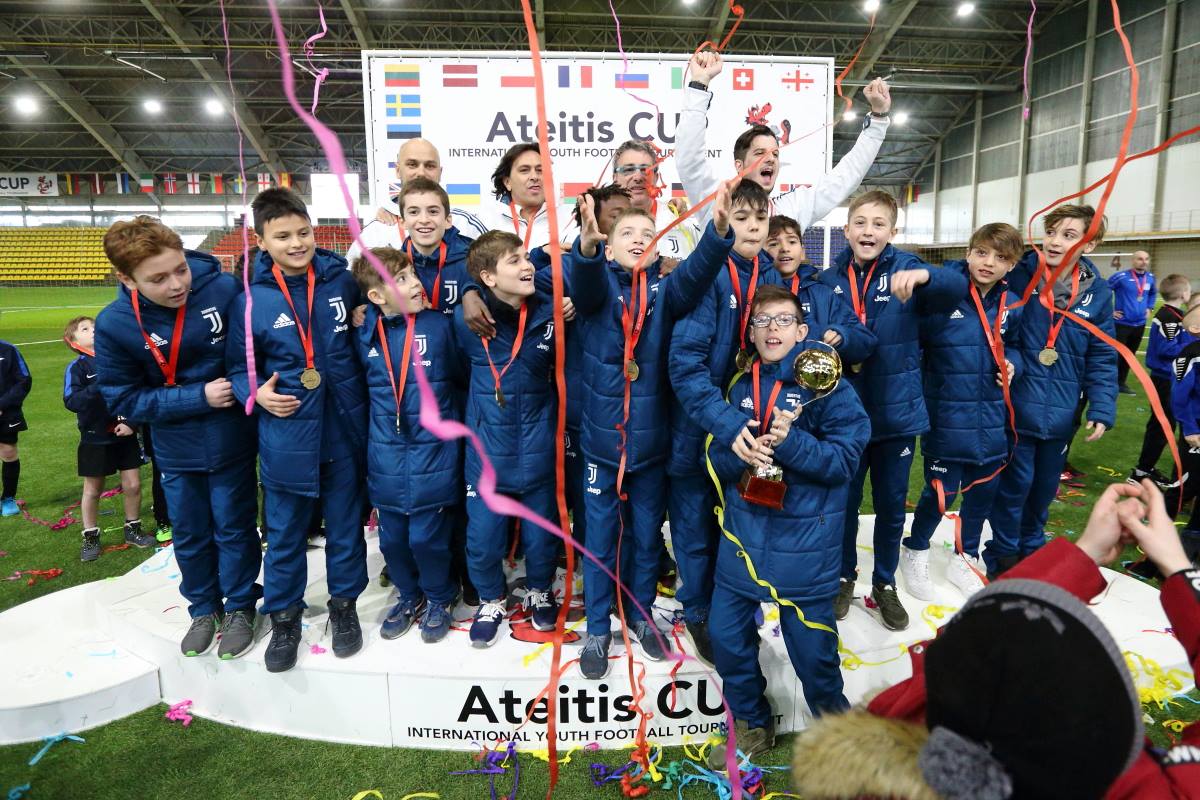 “Ateitis CUP 2018 Spring” is coming to an end with only one tournament remaining. However teams have already shown interest in participating in the upcoming tournaments with elite academies from England, Italy, Germany and more.

Last weekend in the indoor arena “Sportima” the famous tournament “Ateitis CUP” was being played by footballers born at 2006 and 2008.
One of the age groups had drama from start to finish while the other was bested by Bergamo “Atalanta”. 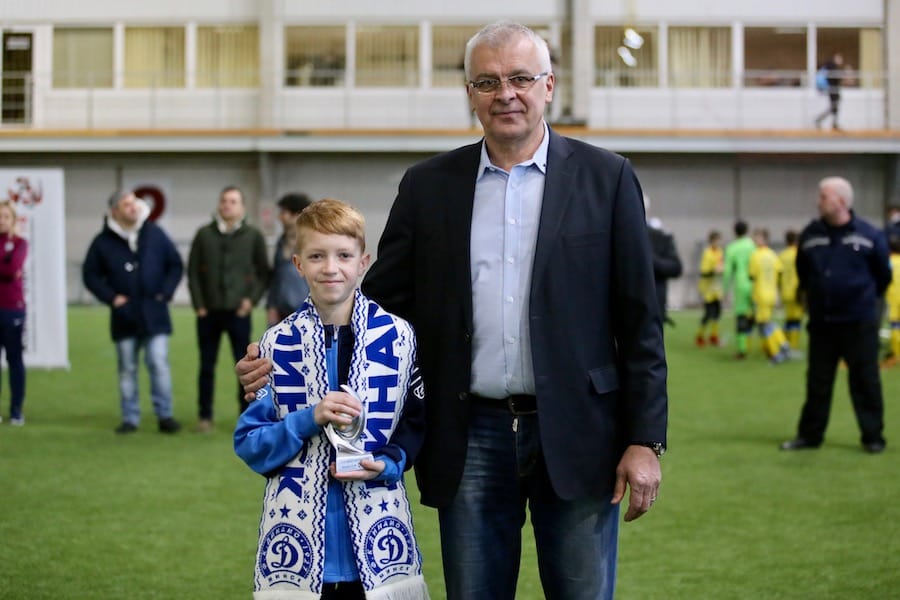 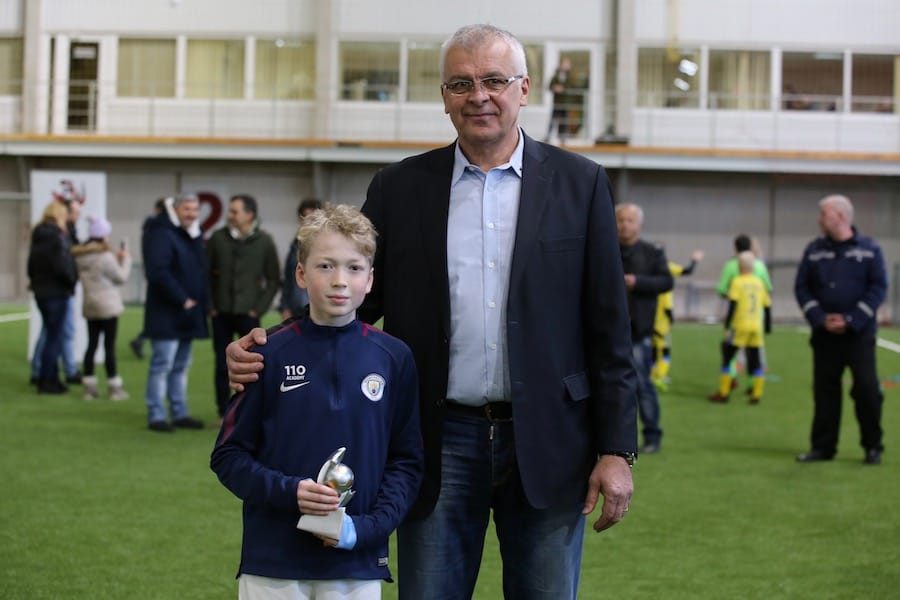 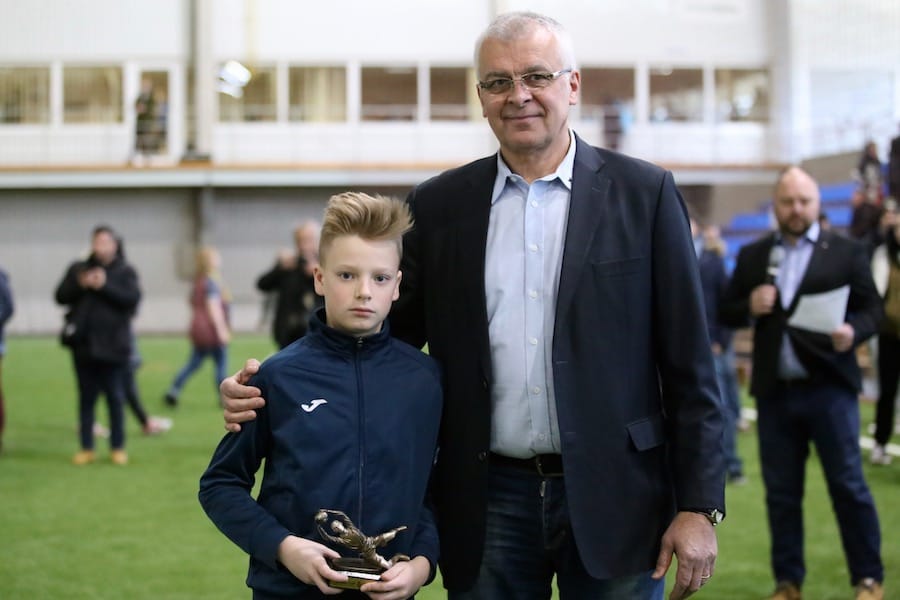 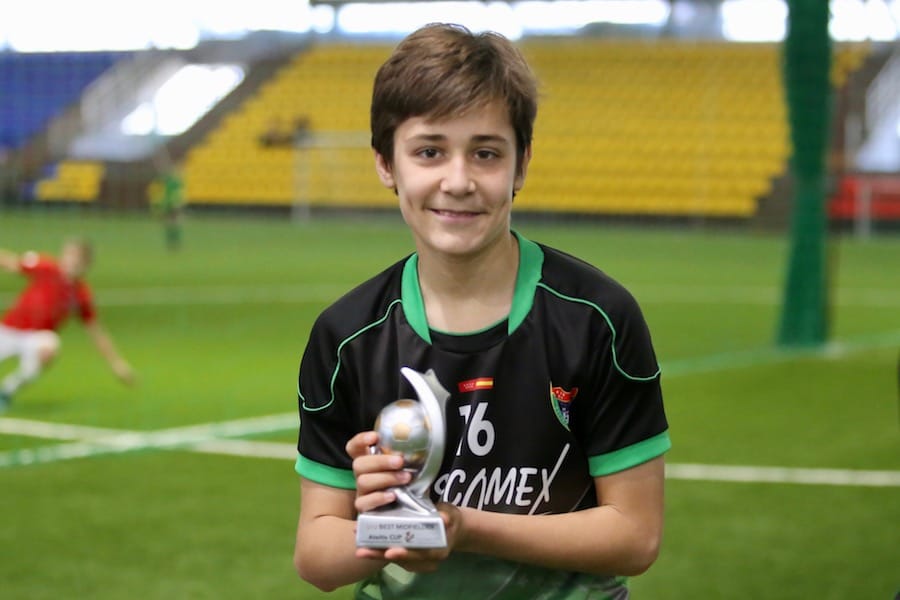 Nobody was on par with the Italians, letting them easily win all of their games including the final in which “Atalanta” won 9:3 against the Polish “Brychczy”.

“ It was sad to let such a chance slip away”,- said Deivis Kančelskis, the coach of “Šiauliai” after their last group match. His side was leading 3:1 against Naujoji Vilnia “Granitas” , however in the end they lost 3:4. Even a draw would have been enough to put “Šiauliai” in the final.

Although in the battle for third place, “Šiauliai” bested Vilnius “Vytis” 1:0, who were unfortunate and missed their opportunity to be between the winners of “Ateitis CUP” for the first time.

In the 12 year old groups from the first days the favourite was “Manchester City” who played one of the more thrilling games of the tournament against Kharkov “Metalist”. 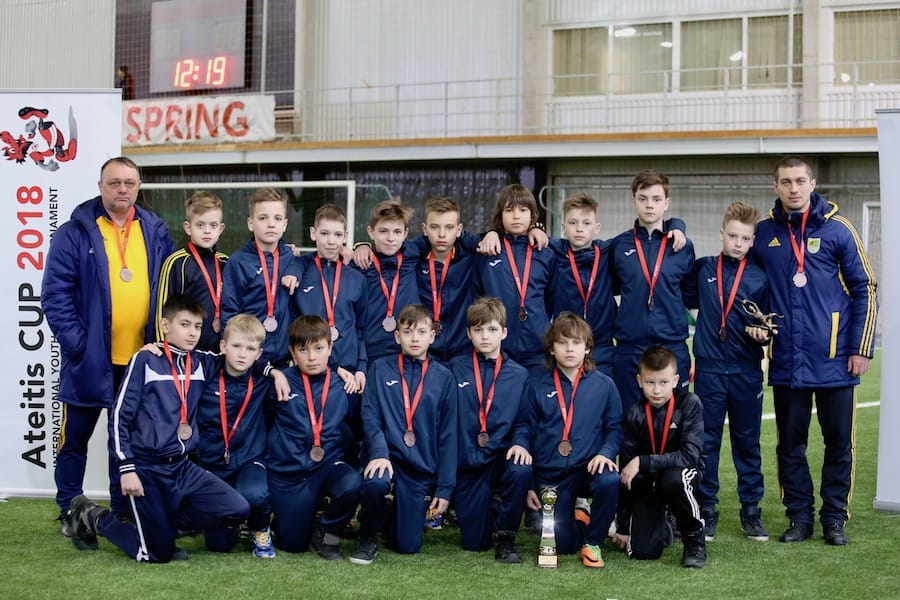 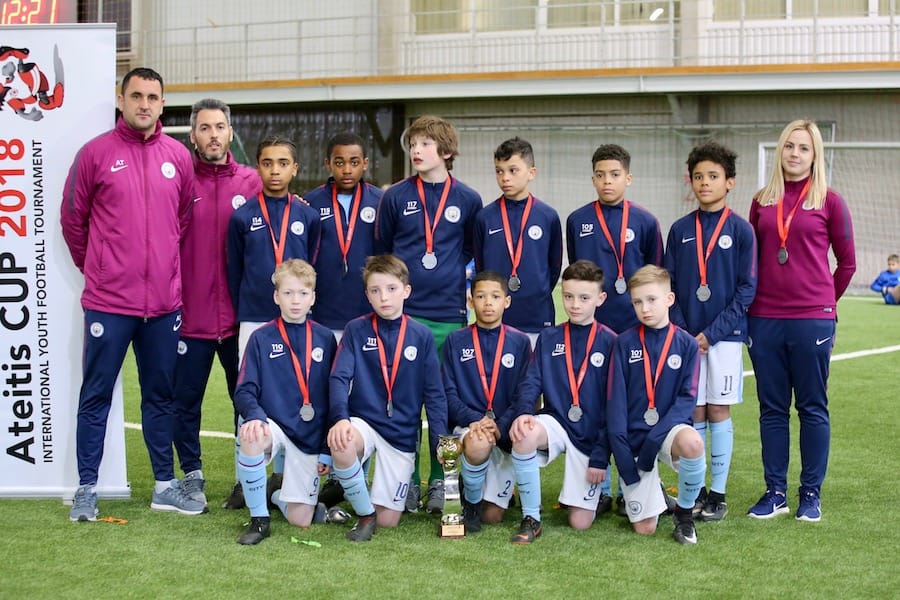 While on their way to the final Minsk “Dinamo” faced Madrid’s “Moratalaz” academy. After an intense game “Dinamo” won 1:0.

The battle for third place was won by “Metalist” by penalty shootout. The final was also left undecided after the main time. “Dinamo” Minsk had the fortune on their side and won the shootout against the favourite “Manchester City”. 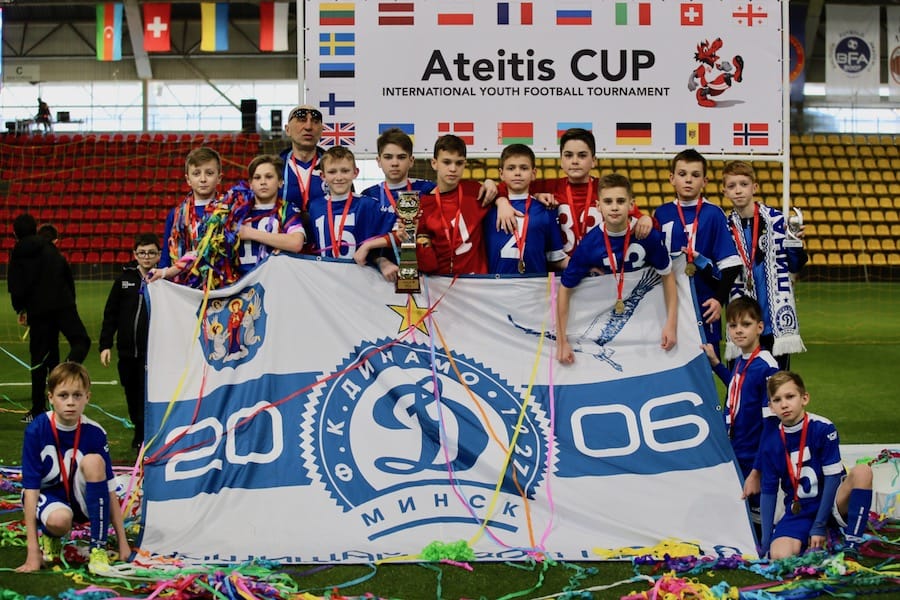 At the same time at two different stadiums the games of U-15 and U-17 were being played. Between the fifteen year olds, team Kyiv “Dinamo” were victorious. In the final they defeated their opponents “Liepaja”. Third spot was taken by Borisov “Bate” .

In the elder groups team Kaliningrad “SDJUSSHOR” were the undefeated champions. Second place was taken by “Ateitis”  and third was for Saint Petersburg “Brigantina”. 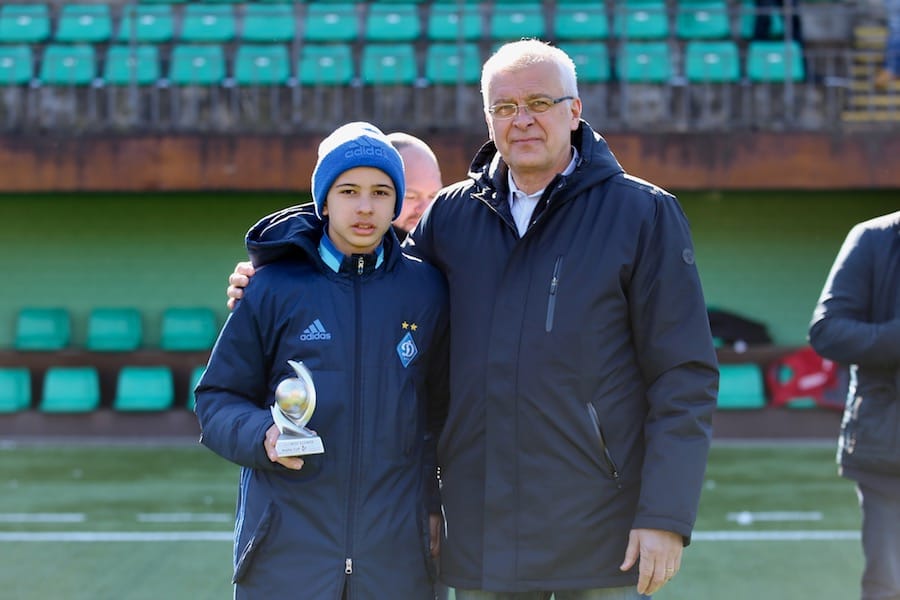 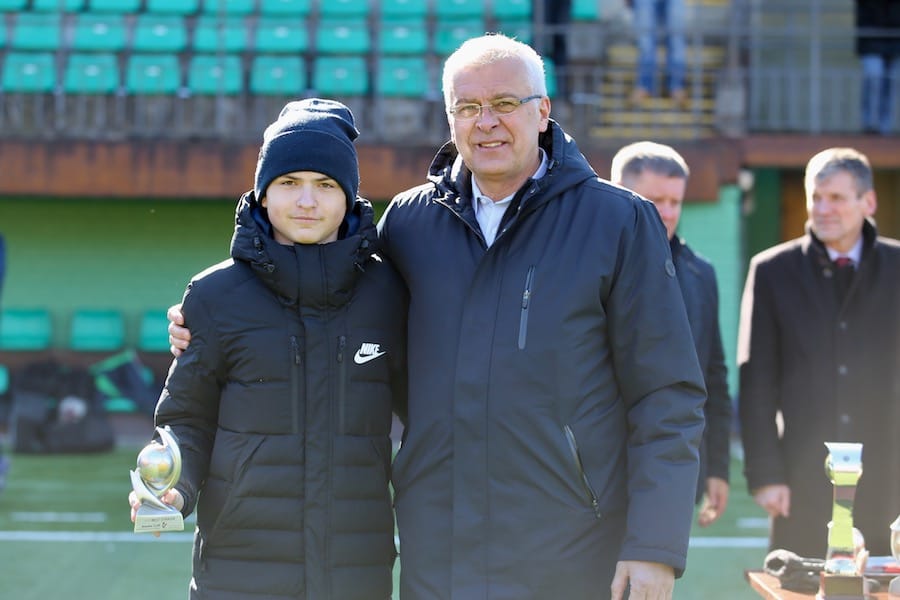 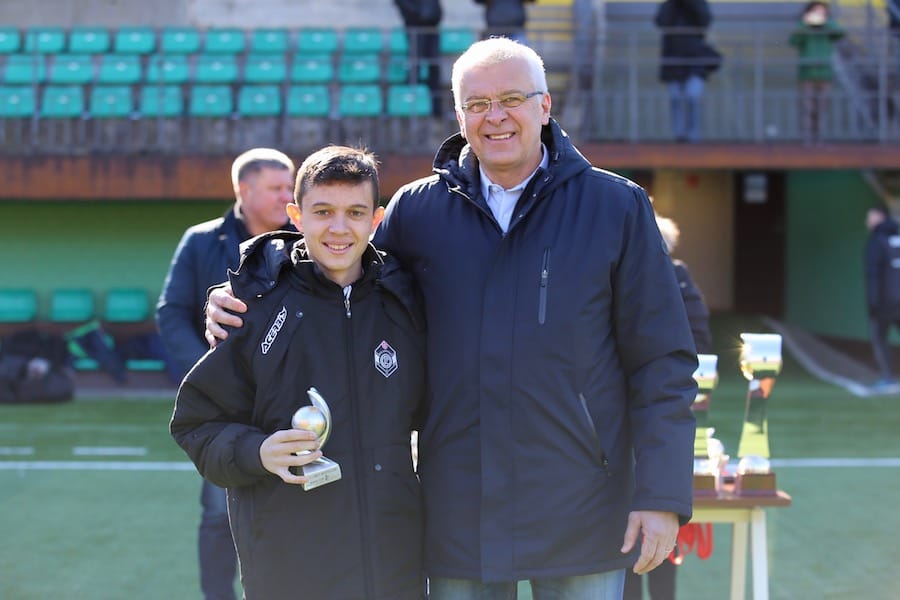 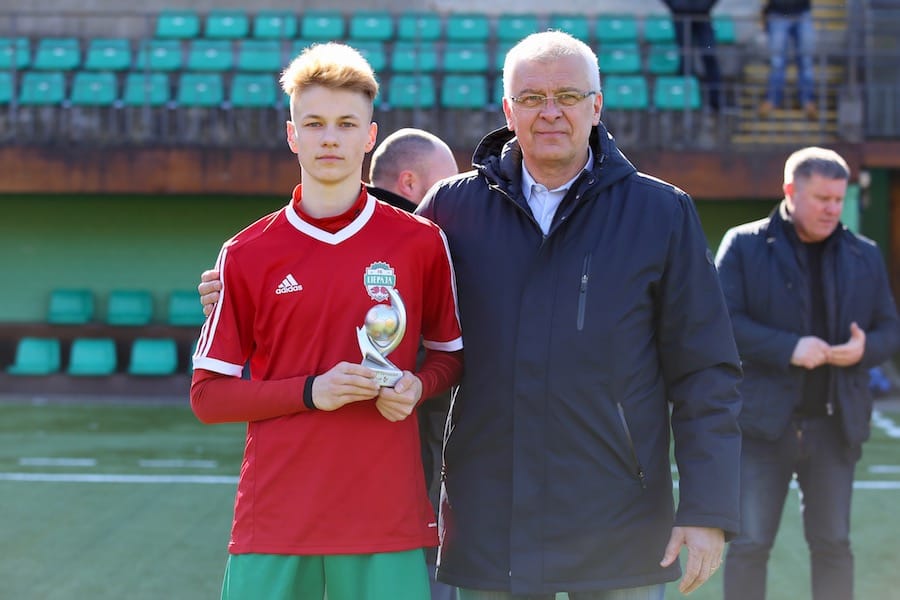 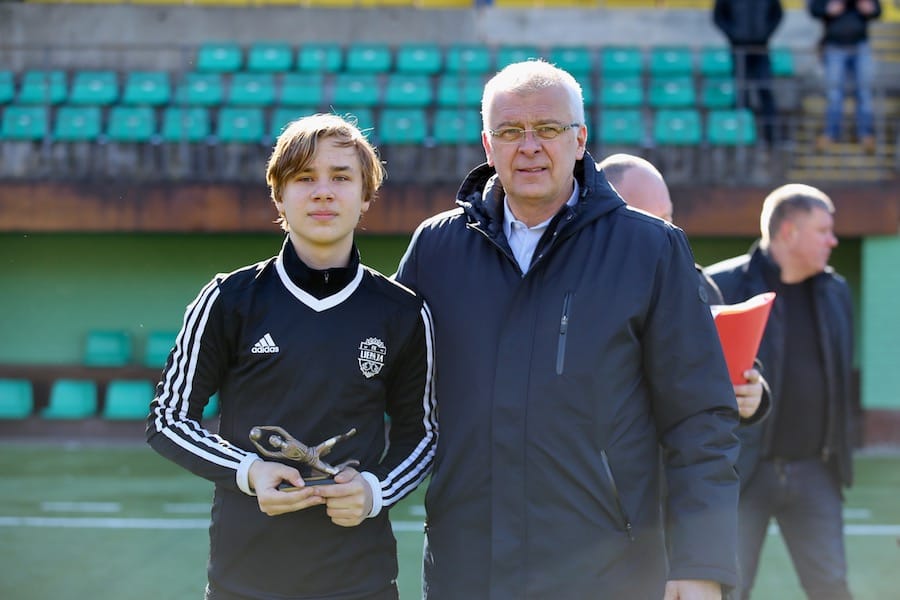 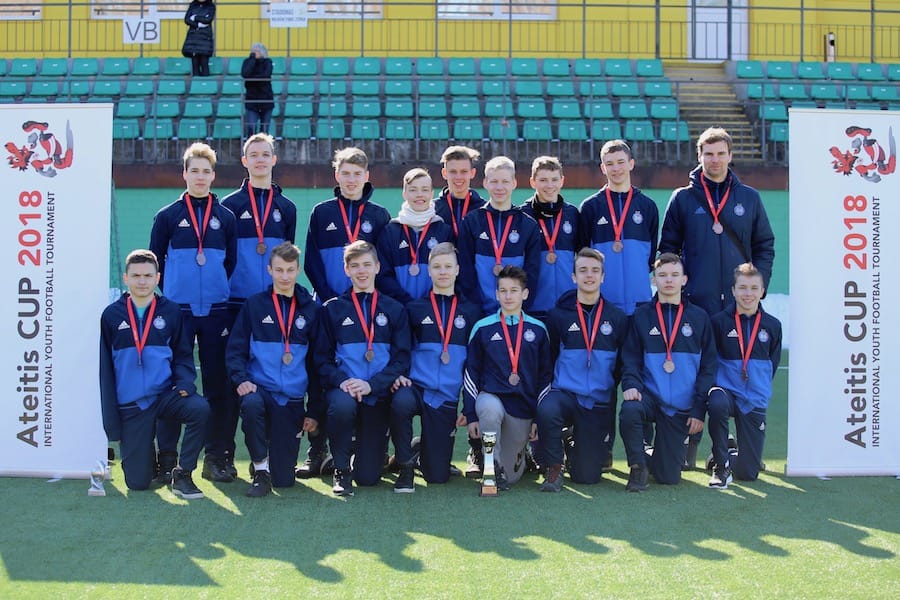 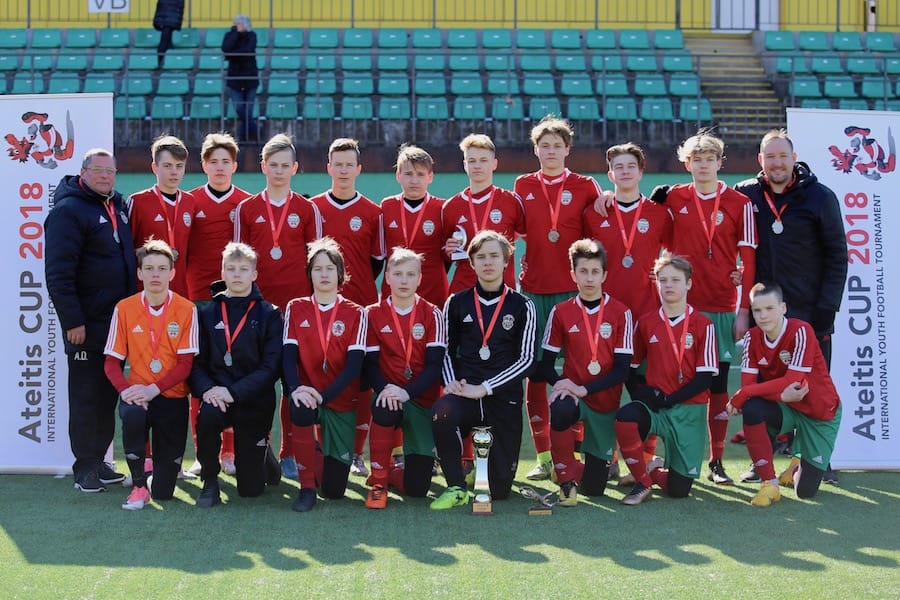 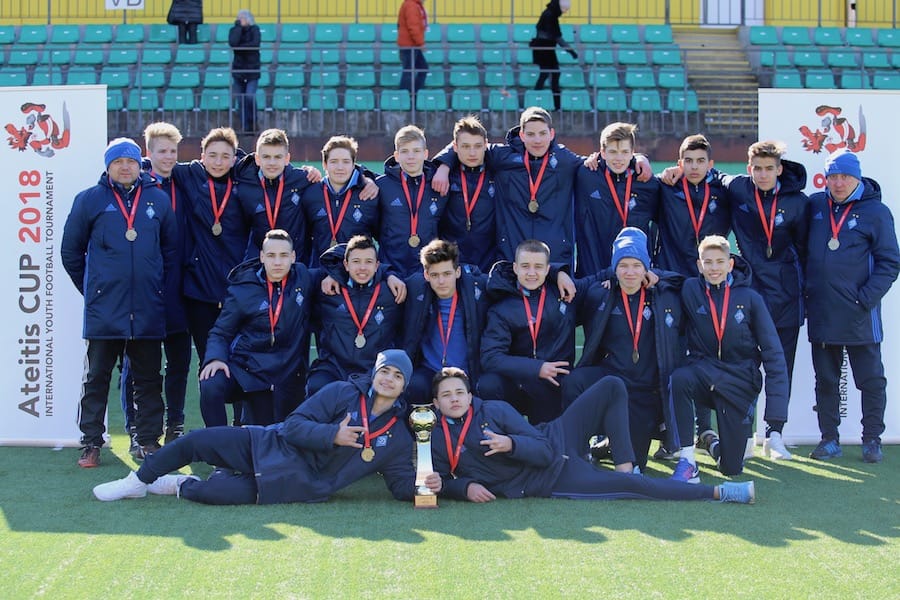