Few years ago, after participation in the ” Dana cup” in Denmark the coach Dainius Gudaitis has decided to host something similar in Lithuania. But the problem is, that we don’t have such well formed infrastructure as they do. Also a minority of football community believed in us, making a high-class tournament. 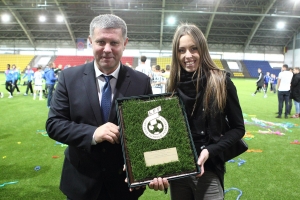 Our very first tournament happened in year 2010, in the capital of Lithuania. “Ateitis CUP” then reminded us the “Vilniaus open football championship” where we had guests from Minsk and Riga. After the year, the elite clubs started coming in the capital.

“At the beginning we gave more attention to the East countries. We managed to invite Moscow’s CSKA, “Dinamo” Kiyv. A lot of people realized that we can get a lot from kids football.”,- said D. Gudaitis, the tournament organizer. 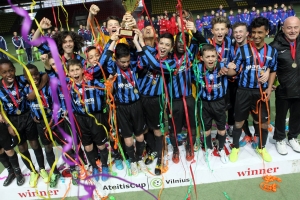 Every year the number of participators is growing, the tournaments are getting more competitive, but it still didn’t go so well as we wanted to. But then one of the strongest academies, Bergamo “Atlanta”, in Europe showed up in our tournament.

“It was a new and hard challenge. The requirements from West European’s clubs are much higher, and everything was new for us. After that tournament the representative of the academy asked us to invite more than one age group for the next year. It was the best evaluation we could have gotten.”,- D. Gudaitis shared his story. 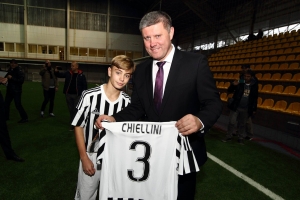 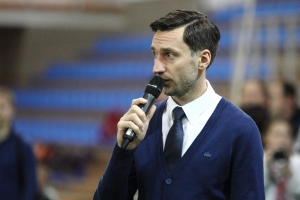 In order to improve, you have to constantly play against strong opponents and “Ateitis CUP” gives such conditions. When I was young, I was always waiting games against foreign teams, so I understand perfectly how youngsters are feeling in this tournament. Every bit of experience from this tournament stays in mind for a long time.

VALDAS IVANAUSKAS. German’s Bundesliga player, one of the best Lithuanian football players of all time 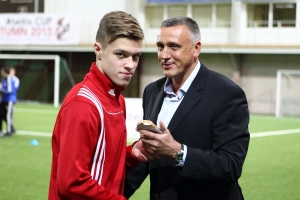 I can strongly say that the work of organizers is absolutely comparable, to the Netherlands’s and Germany’s. Dainius Gudaitis is my friend, and I know how much effort they put in getting teams like “Juventus” or “Liverpool” come to the tournament. It’s a great honor for every kid to play with these elite clubs. 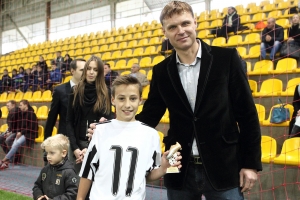 International experience is always very usefull. We have a great chance to evaluate ourselves, to see our pros and cons. The more we get the tournaments like “Ateitis CUP”- the better.