Famous football names, people on the grandstands and drama until the end of most matches – epitaphs for this weekend’s Ateitis CUP U-12 Tournament that triumphed over the young footballers of England’s Manchester City Football  Academy. They defeated Kyiv Dynamo peers in the final 1-0.

“It was a great weekend. In fact, we enjoyed football and the atmosphere here, ” said the coach of winners. The team will leave for England only on Monday, so they will have some time to discover the city of Vilnius.

Both teams – Manchester City and Kyiv Dynamo had a slow start but they made some improvements and they went till final. For both teams, the semi-finals were extremely challenging (and very exciting). Man City defeated Bergamo’s Atalanta, the favourite and then third, in a 1-0 win over Man City, while Dynamo Kyiv defeated Dynamo Tbilisi in a 2-1 win despite a missed first goal.

For the first time, the Lithuanian regional team participated in the tournament and remained ninth. The young Lithuanians, who started with Atalanta Bergamo defeat, later won five consecutive victories in the tournament. In the final duel of the tournament, the team led by Šarūnas Terleckas from the fifth minute defeated the Panevėžys Academy. Panevėžys team stayed in tenth place.

“Although I am subjective, I think we have created another great feast. It was one of the most exciting tournaments in our experience of all ten years. I really want to believe that the remaining six tournaments of this autumn cycle will not fall behind what we had this weekend, ”said Dainius Gudaitis, the main organizer of the tournament.

Thirteen-year-olds will compete next weekend for the Main Cup of the Ateitis CUP 2019 Autumn U-13. 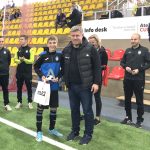 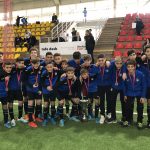 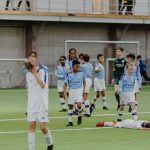 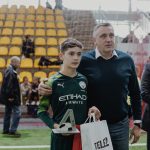 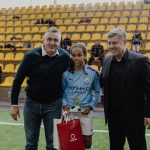 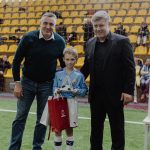 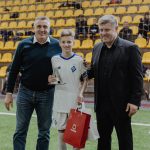 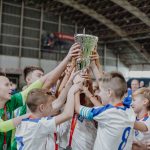 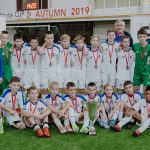 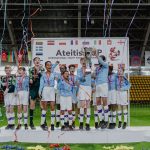 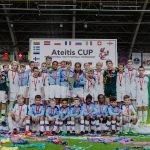 On Friday, the second weekend of the tenth anniversary of the AteitisCUP Tournament will kick off in the Lithuanian capital, with twelve-year-olds from Manchester City, Bergamo’s Atalanta, Tbilisi’s Dinamo and other super academies from all Europe.

“Last week we raised the cart high enough so there is no doubt that we want to keep it at the same level. I think this weekend will not be much different from last weekend, only now matches will be played not 9×9 but 11×11, ” said the main organizer of tournament Dainius Gudaitis.

For the first time in history based United Lithuanian U-12 team will participate in Ateitis CUP tournament.

“In the older groups we will have regional teams and the 12-year-olds have decided to play for the Lithuanian national team. No doubt, it will be interesting to watch them and for them it will be a great test of what they are worth,” – said D.Gudaitis.

According to the tournament format, 32 teams will be divided into eight groups. The teams which will win first places at their groups will fight for the main cup. The tournament will take place at the Sportima indoor stadium, LFF Stadium, FANAI Stadium and Širvintos Stadium from Friday till Sunday.

The winners of the tournament will be revealed at 13:10  on Sunday at Sportima arena.

In an impressive start of the tenth-anniversary tournament Ateitis Cup, the eleven-year-old final was won by Tbilisi Dynamo team’s young footballers. In the final after a dramatic 1-0 defeat, they broke Vilnius ‘Žalgirietis’ peers.

Graduates of Dainius Greviškis were not the only representatives of Lithuania who managed to break into the strongest four of the tournament. It also featured Gargždai “Banga”, who lost to Dortmund Borussia in the minor final and won fourth place. 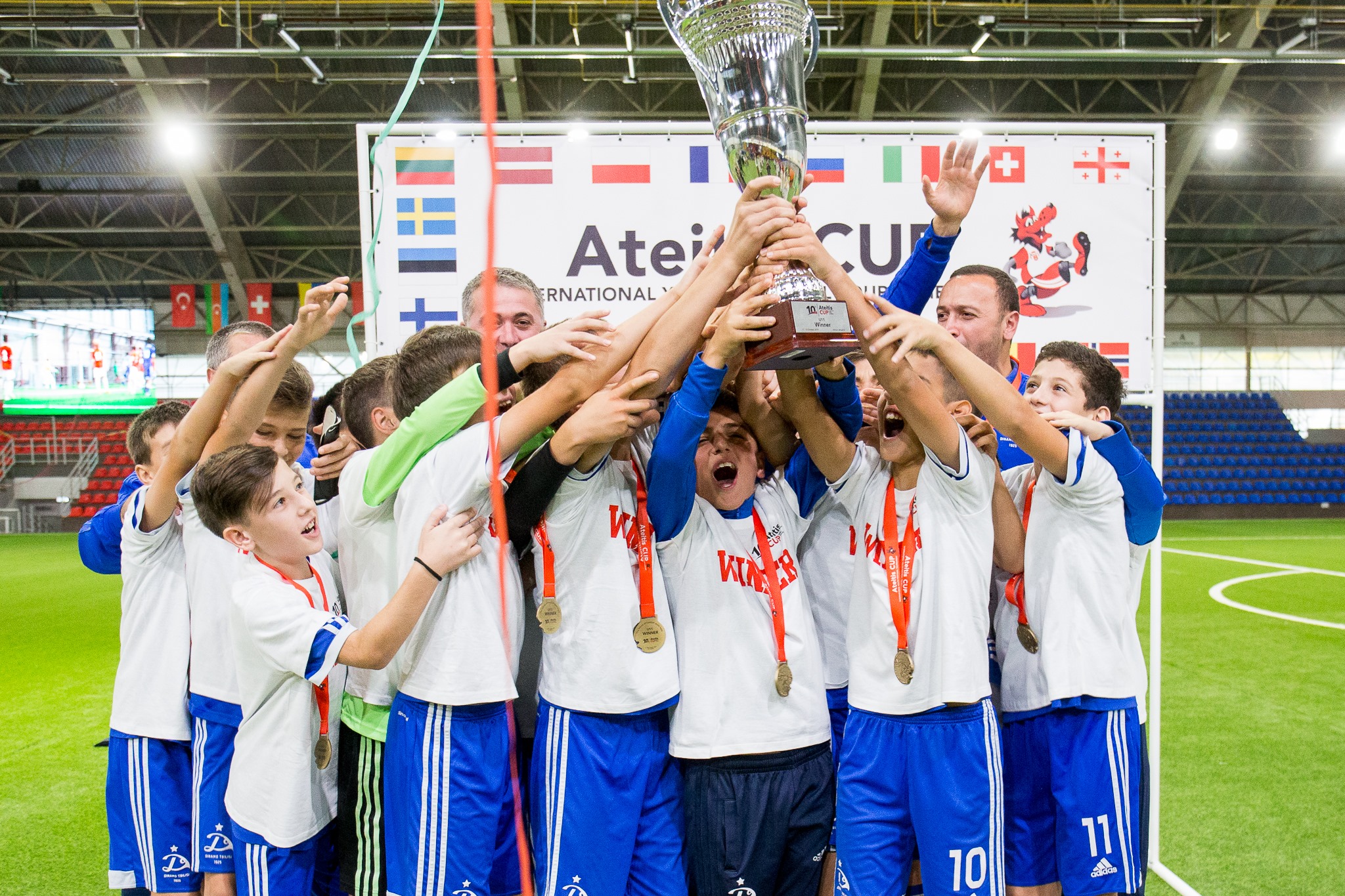 Over a decade of history, Lithuanian representatives have never achieved such an achievement in a tournament where Borussia, Manchester City, Birmingham City, Antalyaspor, Kyiv Dynamo and other famous clubs have competed.

“I always say our tournament is a perfect indicator. If two teams performed so well in the 2008 tournament, there is hope that we will have a good future. Overall, we had one of the strongest tournaments in history. Of course, we will continue to try to keep the cart high, ” said. Dainius Gudaitis, the founder of Ateitis CUP tournament. 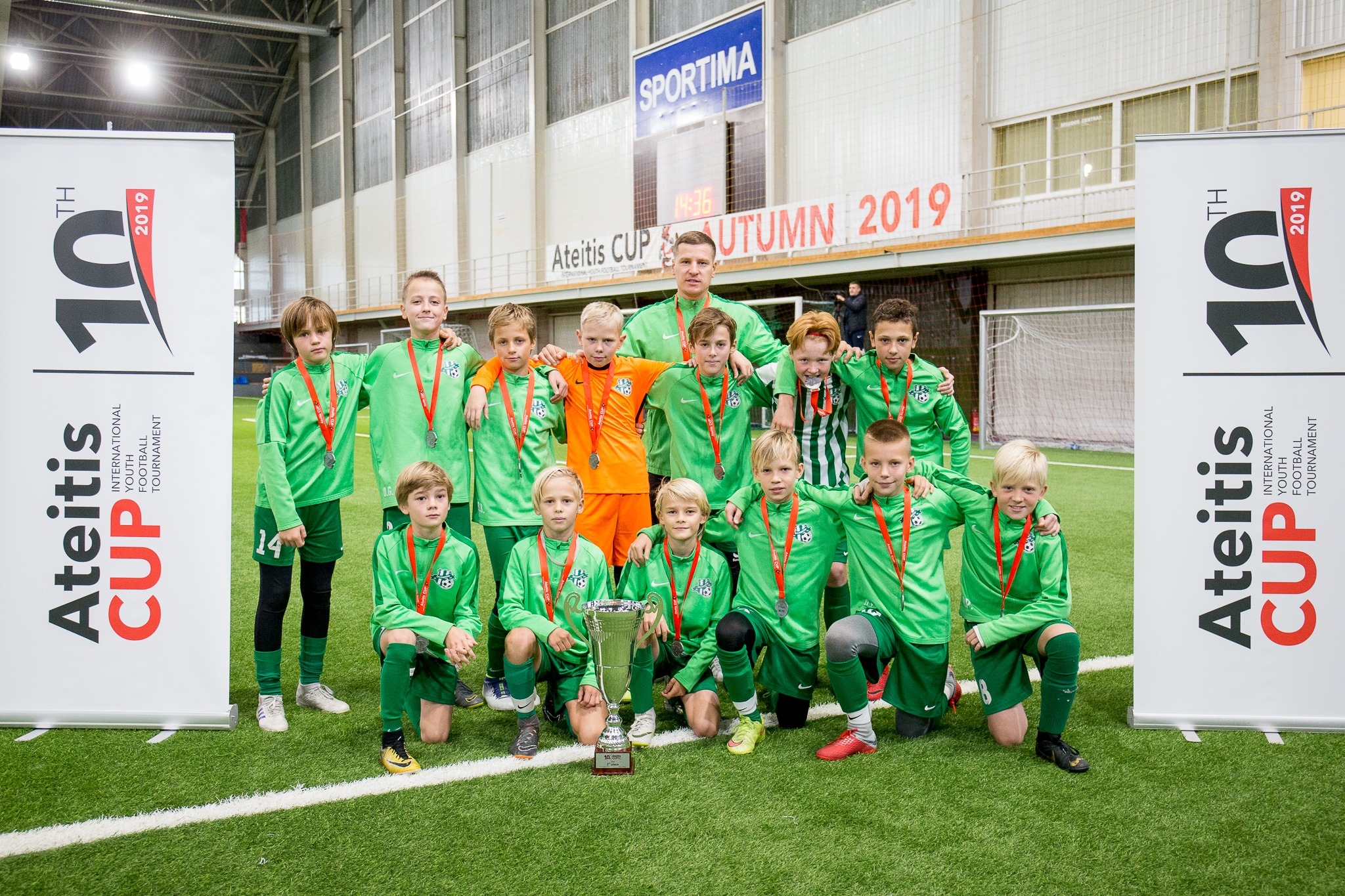 Tbilisi Dinamo U11 team showed the most mature football in the tournament. The Sakartvelo’s team lost none of their goals throughout the tournament and beat Dortmund’s Borussia peers 1-0 in the semifinals.

“Of course, we always focus on the strongest, but I want to point out that those strongest could have been others. I don’t remember such a smooth tournament, to be honest. We calculated that in 78 games played, as many as 78 ended in a draw or one team win by one goal difference. I think it’s unique enough in children’s football, ” said D. Gudaitis. 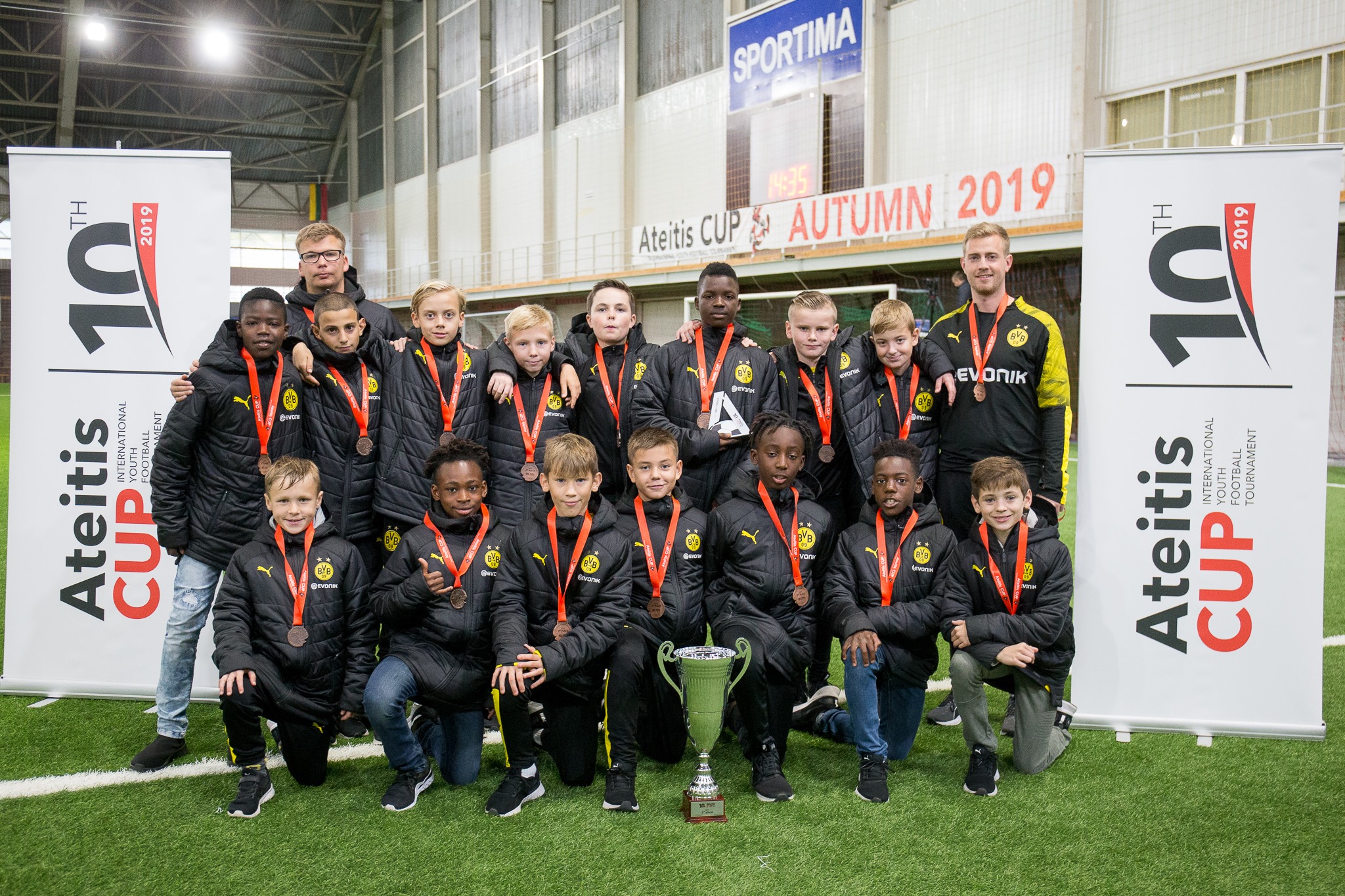 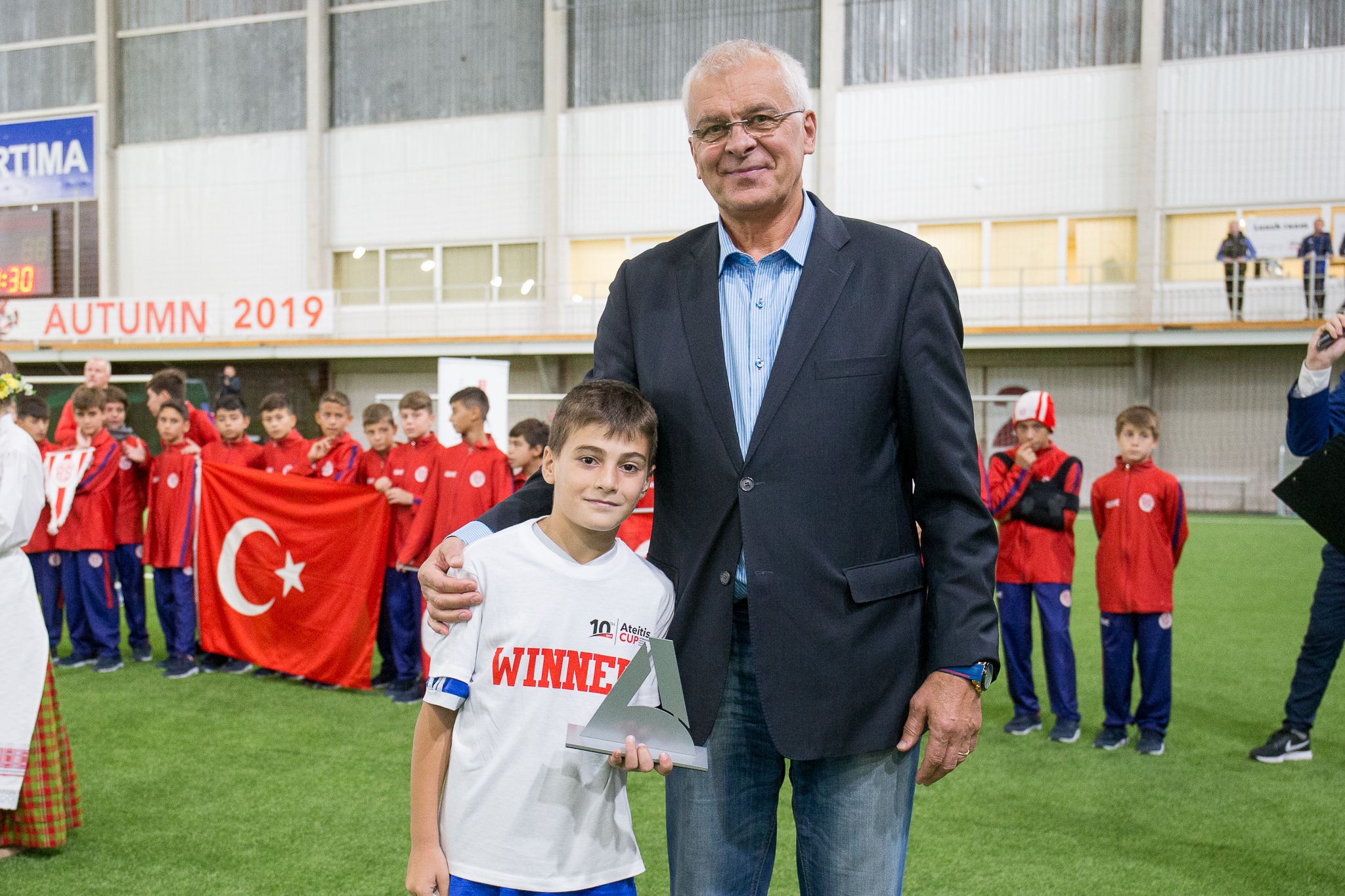 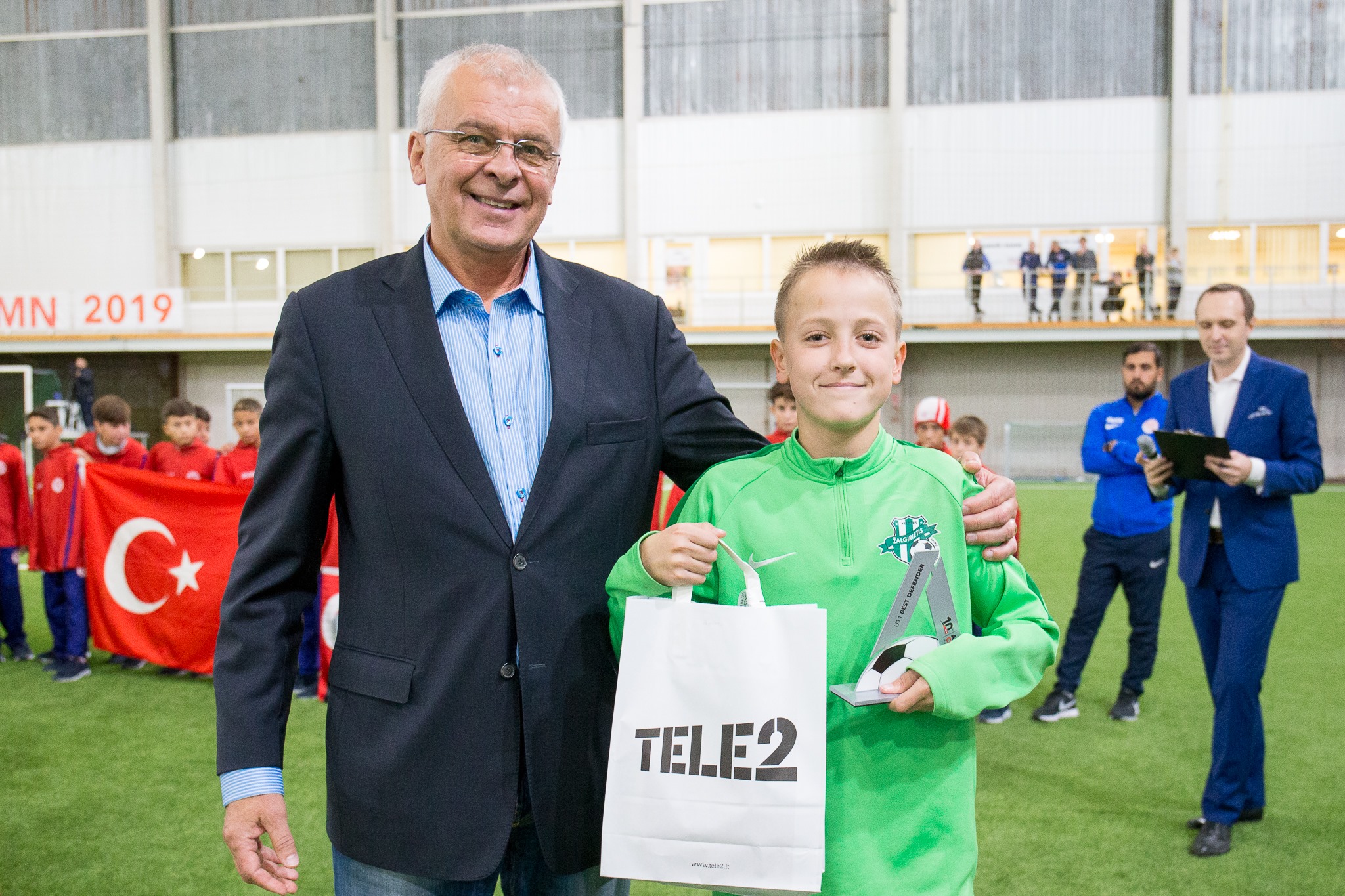 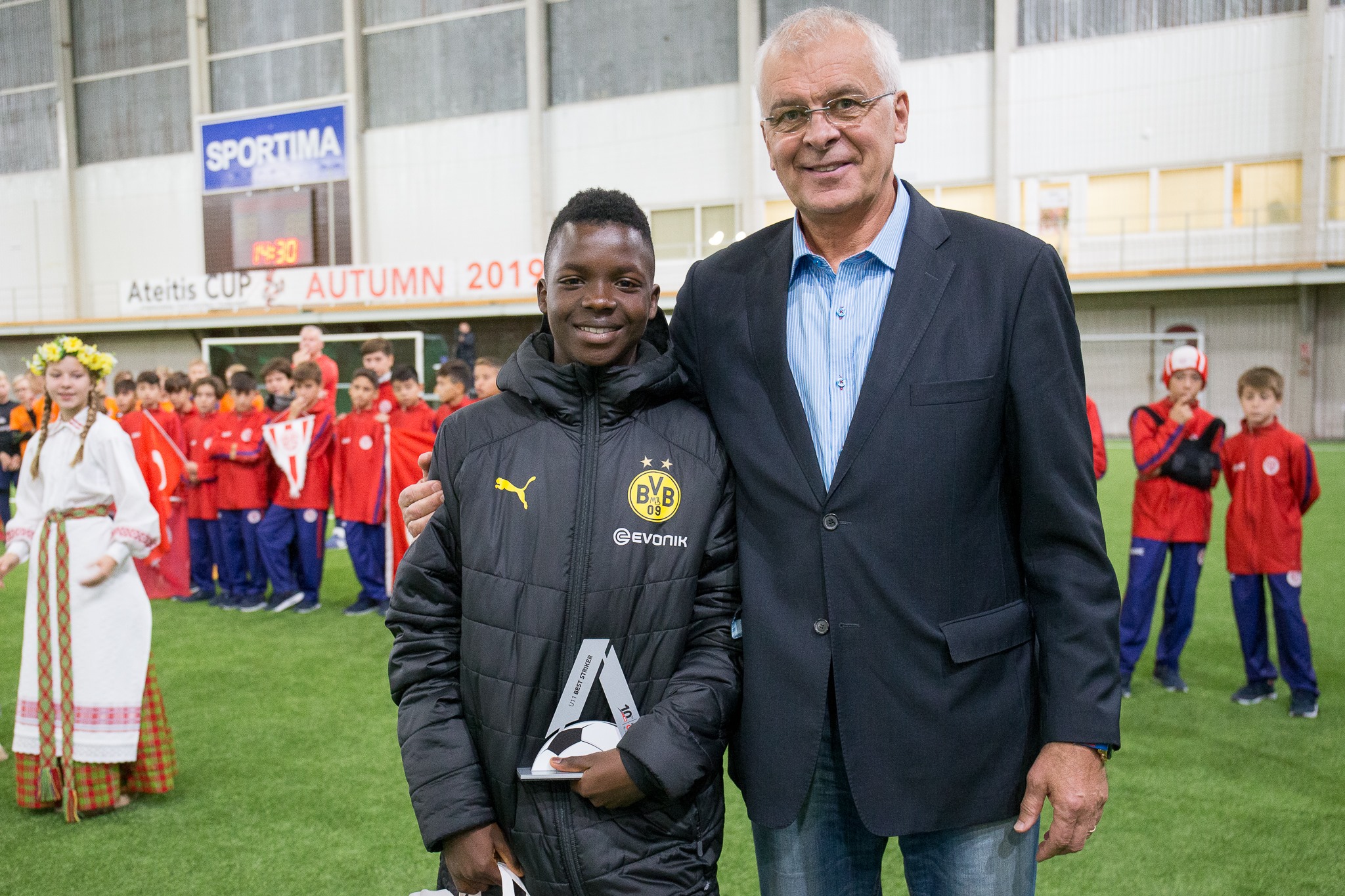 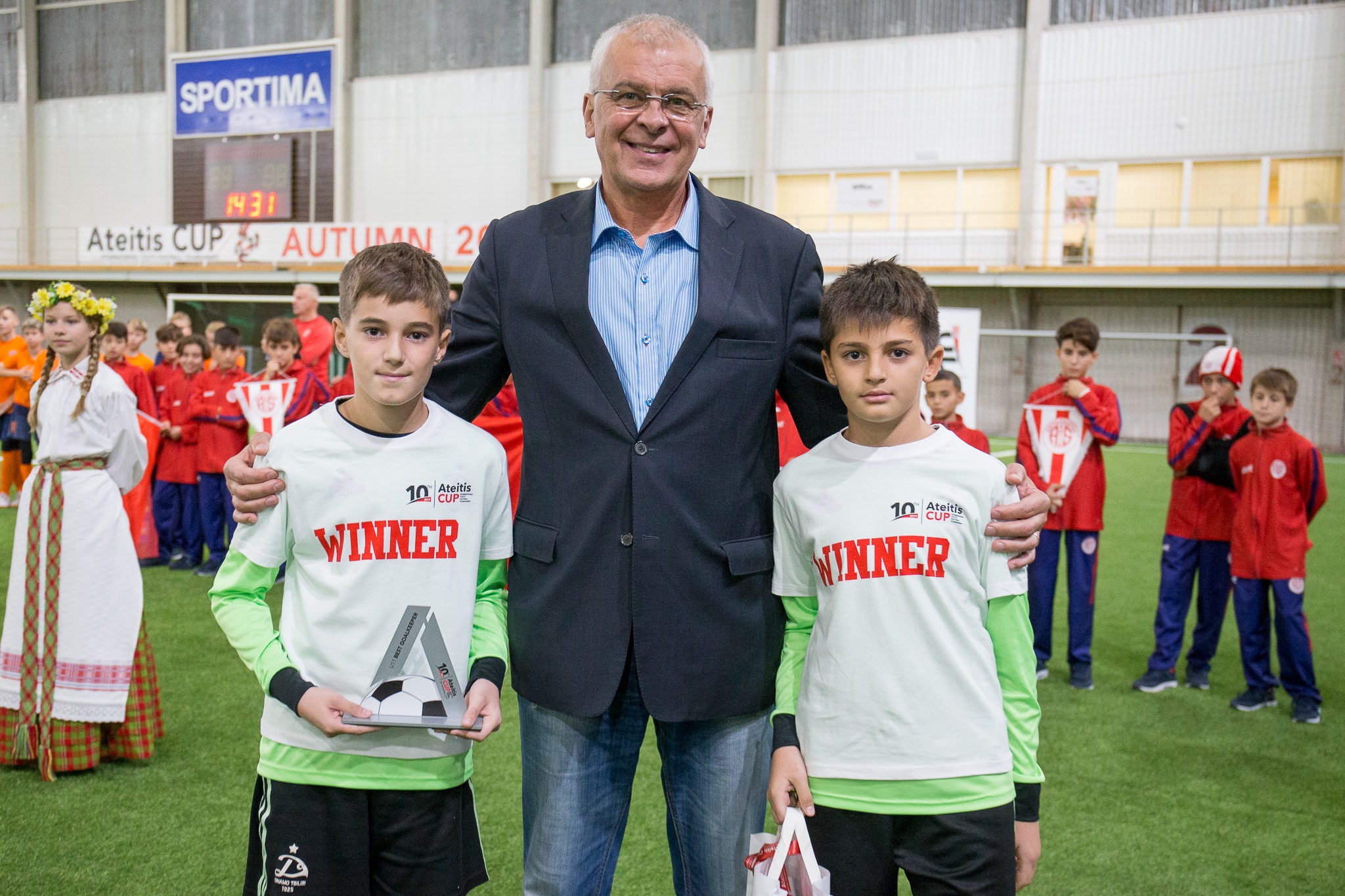 Twelve-year-olds will compete next weekend for the main Cup of the Ateitis CUP. The most famous names in the tournament will be included with Manchester City, Bergamo Atalanta, Borisov BATE and Tbilisi Dinamo Club Academies. In addition, the Lithuanian national team will compete in the tournament, too.