Last weekend’s Ateitis CUP tournament was big and emotional. This time, the 2003 and 2004 birth teams competed for the major trophies. In the senior group won TJK Legion Tallinn and in the junior group – FC Dynamo Brest.

As the oldest teams of our tournament competed, the level was the highest. It felt like this in the grandstands, where so many people came together to watch matches, sometimes even A-League matches in Lithuania visits less fans. It is not the first time TJK Legion has won our tournament, and Brest’s Dynamo is winning its second Ateitis CUP tournament this year. No other team can boast of such an achievement”,  – said Dainius Gudaitis, the main organizer of the tournament.

The TJK Legion defeated FC Middlesbrough from England in the U-16 Tournament and in a final match a 1-0 victory over Moscow’s Rodina team was achieved.

“We are really pleased with this tournament, which is why we have been coming here for so many years. Without a doubt, winning this tournament is a huge recognition, ”said Legion coaches.

Third place was held by Middlesbrough Academy who defeated Vilnius FM, the highest performing Lithuanian team, in the small final 4-0.

In the U-15 group Dynamo Brest team defeated Lithuanian regional team 4-0 who was for the first time in the final. The latter celebrated four victories in five games before the finals.

“There is always a wish to take the first place, but objectively, Dynamo Brest played better and deservedly won. To grow and grow, we must take part in tournaments of this level. I believe that then the overall situation will change for the better. Another less fun thing was that our team player Naglis Paliušis had a big trauma – knee’s ligament trauma in the tournament. I want to say that Naglis is supported by the whole team, and we, in turn, make sure that his rehabilitation is of the highest standard. We will try our best to help Naglis return to the pitch even stronger, ”- said Andrius Velicka, head of the regional team. Midfielder Gvidas Gineitis has been recognized as the best midfielder in the whole tournament.

In the minor final, a series of penalties was needed, as there was no goal in the regular time in the Riga’s Metta – Moscow’s Rodina match. Out of ten penalty kicks, four shots were scored by goalkeepers, and another shot was inaccurate. 3 : 2 was triumphed by Latvian representatives.

U-10 teams will compete for the Ateitis CUP trophies this weekend. In total, as many as 48 teams registered for the tournament, including Dutch Rotterdam Feyenoord, Swedish Hammarby, Tbilisi Dinamo, Belarusian Borisov BATE and many more from ten countries. 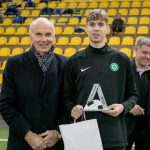 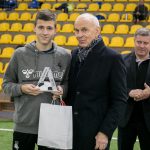 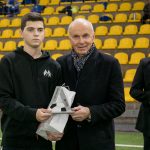 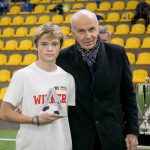 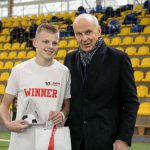 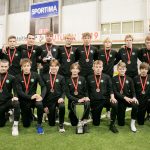 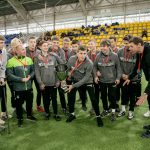 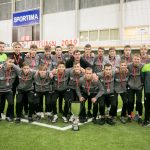 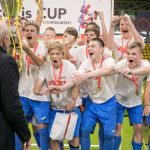 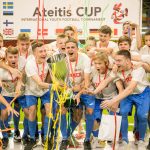 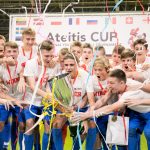 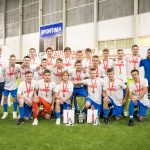 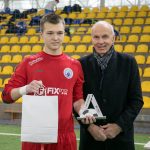 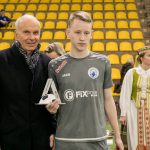 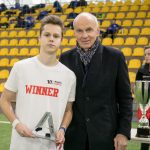 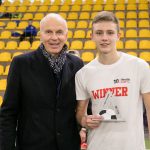 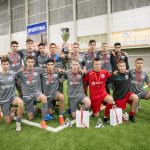 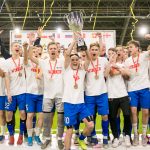 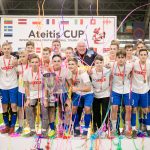 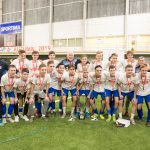